“The Superintendent went to the bottom of his file and extracted what looked like a blown-up copy of Doctor Guntram Shatterhand’s passport photograph and handed it over. Bond took it nonchalantly. Then his whole body stiffened. He said to himself, God Almighty! God Almighty! Yes. There was no doubt, no doubt at all!”

Bond has lost his interest in his job, is depressed, puts missions and lives at risk, chases pleasures aimlessly, and is on the verge of being fired. The only reason he is not is that M is persuaded to set Bond an improbable task that has no other aim than to make Bond realise that he needs to step up his game.

What M does not know, is that the investigation into the strange goings on on a Japanese island will play right into Bond’s troubles.

“Bond held the pictures, not looking at them, thinking. Ernst Stavro Blofeld. Irma Bunt. So this was where they had come to hide!”

You would think that this set up of Bond being sent to investigate something far away from his usual life would provide some opportunity for Bond to reflect or try to deal with his own losses, you know, to make Bond grow as a character. But no. Instead, Fleming decided to use this book as an opportunity to showcase his own interest in all things Japanese and use Bond as a tool for comparing Fleming’s understanding of British and Japanese cultures.

This part of the book is fun. It might, with good reason, make you doubt Fleming’s research. There are at least two eye-roll inducing assertions in Fleming’s portrayal of Japan – and one of which, about sumo wrestlers, seems to have become a myth that has transcended the Bond franchise.

As this Bond buddy read comes to a close (only 2 books left, one of which is a re-read of a short story collection), I have come to really ask myself why I stuck with the series and had not abandoned Bond’s exploits after From Russia With Love, which was one of the very worst books I have ever read. Ever.

Well, I have to admit that Fleming’s attempts at dazzling his readers with bullshit are one of the reasons this series has been fun. I don’t mean Fleming’s xenophobia, sexism, homophobia, snobbishness, … I really mean the times when Fleming tries to persuade the reader of facts that are … wrong. The series is riddled with mistakes about biology, history, physics, chemistry … anything that can be researched. Yet, Fleming talks about this stuff with so much conviction that reading a Fleming novel inevitably makes you question your own knowledge. It is fun to discover the errors or to learn something you didn’t know by looking at topics that Fleming discusses with enthusiasm which just don’t sound true. (Even more so if you have a patient reading buddy who doesn’t mind sounding out some of the ideas with you.)

On the flip side, what I haven’t enjoyed so much are the plots of the Bond novels. There are exceptions of course: Casino Royale, or Dr. No come to mind here, but overall the plots – reading in today, that is – were quite simplistic and often boring.

In You Only Live Twice, I would even go as far as to say that there is no real plot. Or at least, there is nothing that makes the plot interesting: There is not even an evil master plan to overthrow. We meet Blofeld and Bunt again, but they are mere mad shadows of their characters from On Her Majesty’s Secret Service. Where is the fun in this?

So, overall, this is an interesting novel for getting to know a little bit more about Fleming and his estimation for Japan, but it is an utterly boring Bond adventure, that ends with a weird variation on Madama Butterfly.

Such an odd novel. 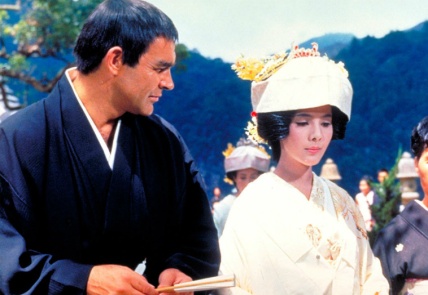