Inspired by Troy’s posts on all things Metropolis, I finally managed to watch the film and read the book by Fritz Lang’s wife Thea von Harbou. Unlike some of her other novels, Metropolis actually did not start as a script but was published 1925, before the film was made.

It is of course nearly impossible to read the book without being reminded of the imagery of the film. Even tho I had not seen the film before I read the book, the images from the film have permeated western culture so much that I would wager that only few people have not been exposed to them – be it through music videos, films, design…

Back to the book. I really enjoyed it. It was not perfect. It had some issues, but they were not able to spoil the story or the imagination, or the language.

I cannot put my finger on it but this was a book where I had to read out passages aloud because the writing was so dramatic that I had to hear it. (Btw, I read the German original and cannot speak for the English – or any other – translation on this.)

With other books, the overly dramatic writing would have caused me to dislike the book, but for Metropolis – whose story and imagery (even in the book) is based on the constant struggle between extremes (like the “head” v “hand”, the “above” v “below”, “man” v “machine”, etc.) – it worked.

The second aspect I really enjoyed was the use of different pieces of mythology that are woven into the story. We get medieval chivalry, biblical, references, Hindu mythology (there are references to deities like Ganesha), Norse mythology – one of the characters who set off the plot is “Hel”! (bodes well, doesn’t it?) – Greek mythology, and so much more. While the message is rather general, the symbolism is so strong in this one that it felt like a puzzle at times, which was highly entertaining. 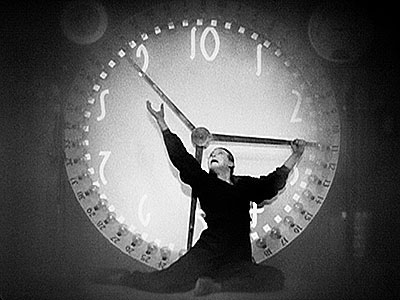 There are some aspects, however, which were challenging in the book, which the film (and I cannot praise the film high enough) overcame: At times the book drags, and there are some scenes that don’t really make sense (like what was up with Josaphat and the plane???). As a result, some parts of the book take a bit work (yes, actual work) to get through them to get to the somewhat vague message that is already given to us on page one.

Also, there is this one dream scene in the book that is so obscure that it made little sense without the visual aid of the film, even though the text does not withhold any information about the significance of the scene. It just really works better in the film, but this is why von Harbou was better known for her screenwriting than for her novels.

“The crown rested on the head of a woman. And the woman was sitting upon a scarlet-coloured beast, having seven heads and ten horns. And the woman was arrayed in purple and scarlet and decked with gold, precious stones and pearls. She had in her hand a golden cup. On the crowned brow of the woman there stood, mysteriously written: Babylon.”

“Like a deity, she grew up and radiated. Death and the seven Deadly Sins bowed low before her.”

“And the woman who bore the name Babylon had the features of Maria, whom I loved… ”

“The woman arose. She touched the cross-arched vault of the lofty cathedral with her crown. She seized the hem of her cloak and opened it. And spread out her cloak with both hands… Then one saw that the golden cloak was embroidered with the images of manifold demons. Beings with women’s bodies and snakes’ heads— beings half bull, half angel— devils adorned with crowns, human faced lions.”

In the film, this translated into one of the scenes I loved best for its expressionist features, when the danse macabre ensues within the club reserved for the elite of Metropolis, when the re-imagined Hel (in a manner of a stylised dance) unleashes her evil onto onlookers…