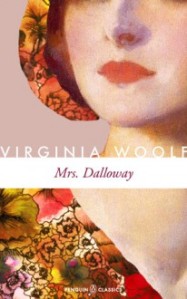 “Did it matter then, she asked herself, walking towards Bond Street, did it matter that she must inevitably cease completely; all this must go on without her; did she resent it; or did it not become consoling to believe that death ended absolutely?”

The odd thing is that I could not wait to start this book because there are some terrific books and plays that make reference to Mrs Dalloway. Most memorable to me is Michael Cunningham’s The Hours, later adapted for the big screen by David Hare.

I loved that film. How could I not be excited about the book that inspired the film?

So, I got myself settled with the book and tried to follow Mrs Dalloway’s train of thought as she goes about her day, trying to organise her party. And this is where I struggled. I am in awe of the way that Woolf constructed the novel and used the concepts of following Clarissa’s thoughts for a day to convey all sorts of issues ranging from her doubts about herself, her relationship with her husband, her relationship with her friends, her past, her regrets, her fears, her thoughts about the significance (or insignificance) of the individual, etc.

“But what was she dreaming as she looked into Hatchards’ shop window?”

The flip side of following her thoughts was that it was hard to follow the snippets of information and to make connections between the different thoughts. Not that I shy away from a challenge! It is just that the triviality of some of it made me want to go to Regents Park, find Clarissa, and tell her to get on with organising her party.

“It was her life, and, bending her head over the hall table, she bowed beneath the influence, felt blessed and purified, saying to herself, as she took the pad with the telephone message on it, how moments like this are buds on the tree of life, flowers of darkness they are, she thought (as if some lovely rose had blossomed for her eyes only); not for a moment did she believe in God; but all the more, she thought, taking up the pad, must one repay in daily life to servants, yes, to dogs and canaries , above all to Richard her husband, who was the foundation of it—”

Of course, it was part of Woolf’s point, that the banality of everyday life held significance. That routine and small acts were a straw to clutch when the big questions and dreams of youth had dissolved, and when one’s heart no longer felt connected with anything.

“She had the oddest sense of being herself invisible; unseen; unknown; there being no more marrying, no more having of children now, but only this astonishing and rather solemn progress with the rest of them, up Bond Street, this being Mrs. Dalloway; not even Clarissa any more; this being Mrs. Richard Dalloway.”

Luckily, Mrs Dalloway is not the only important character in the book. There is also Septimus Smith.

“London has swallowed up many millions of young men called Smith; thought nothing of fantastic Christian names like Septimus with which their parents have thought to distinguish them.”

Septimus is a veteran of the First World War and Woolf – admirably – depicts him as one of the many young men who have returned from the war suffering from the experience.

“The War had taught him. It was sublime. He had gone through the whole show, friendship, European War, death, had won promotion , was still under thirty and was bound to survive. He was right there. The last shells missed him. He watched them explode with indifference.”

Unlike Clarissa, Septimus does not have anything to put his heart into. Everything he did love died either with the war or in the war.

So, while Clarissa ponders about life from an emotional perspective, Septimus analyses life with some detachment. Both stories are told separately and intertwine only once – but crucially – when nostalgic and feeling Clarissa shows her shrewd unfeeling side, and Septimus decides to stop thinking things over.

“What does the brain matter,” said Lady Rosseter , getting up, “compared with the heart?”